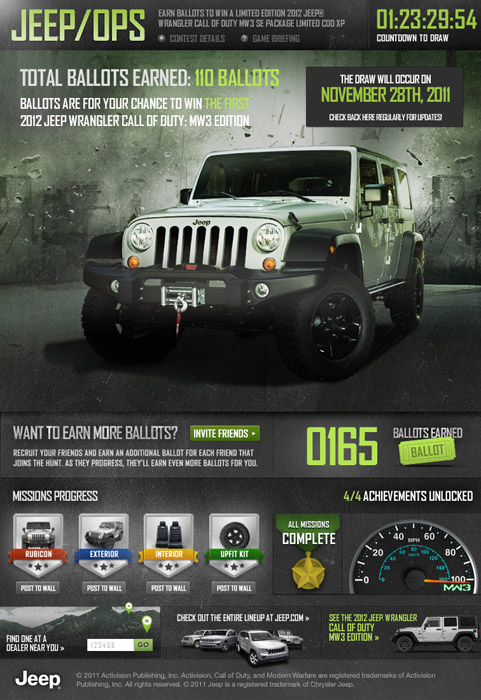 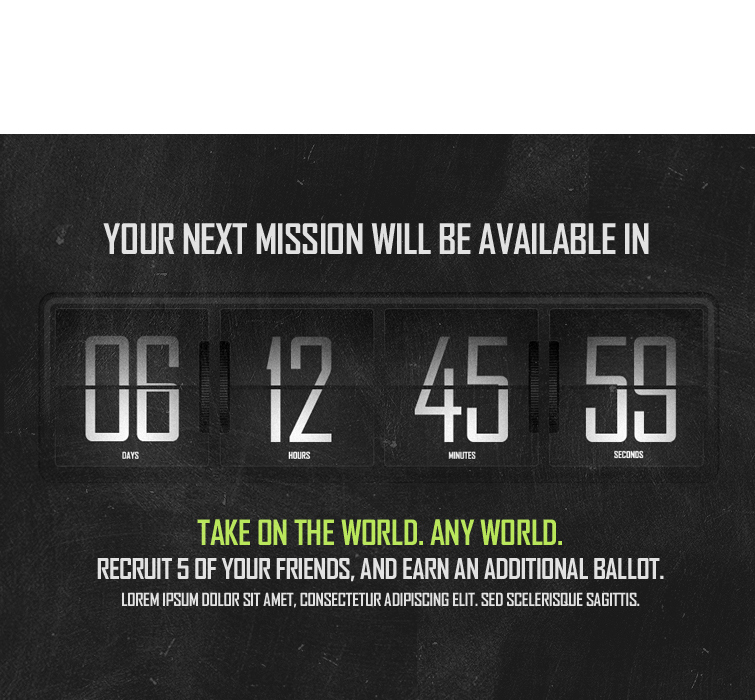 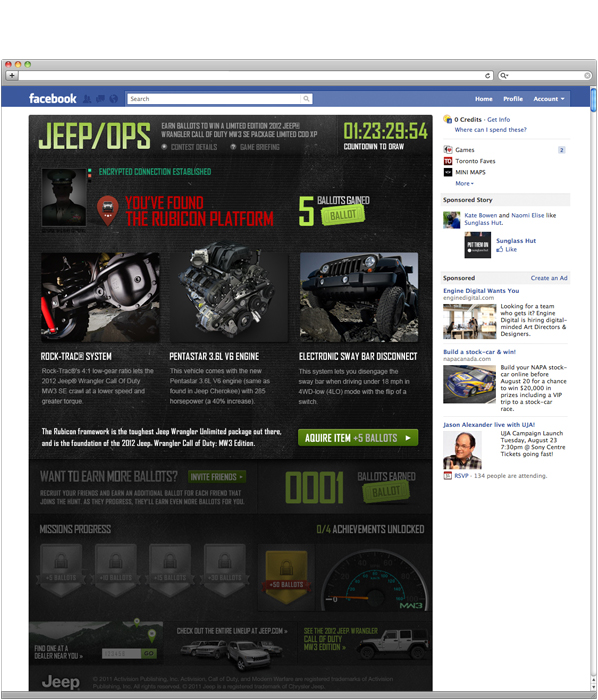 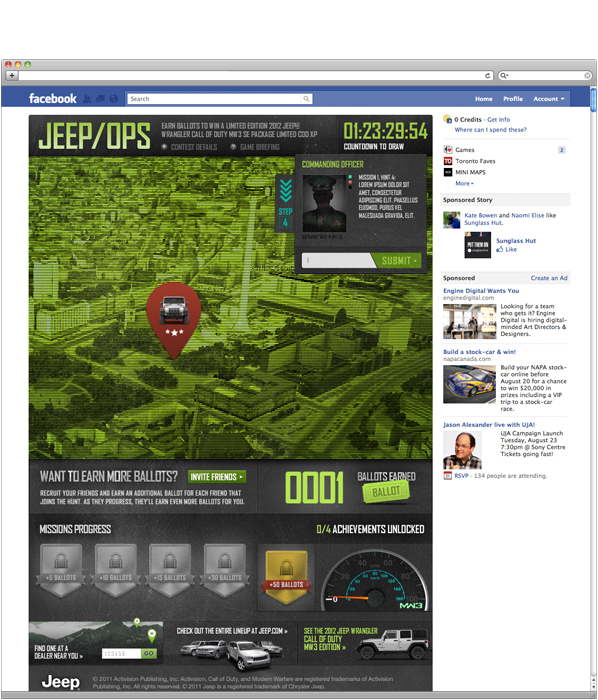 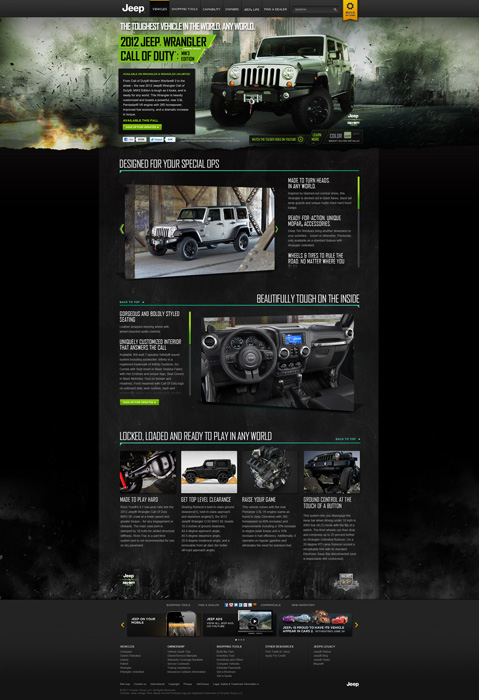 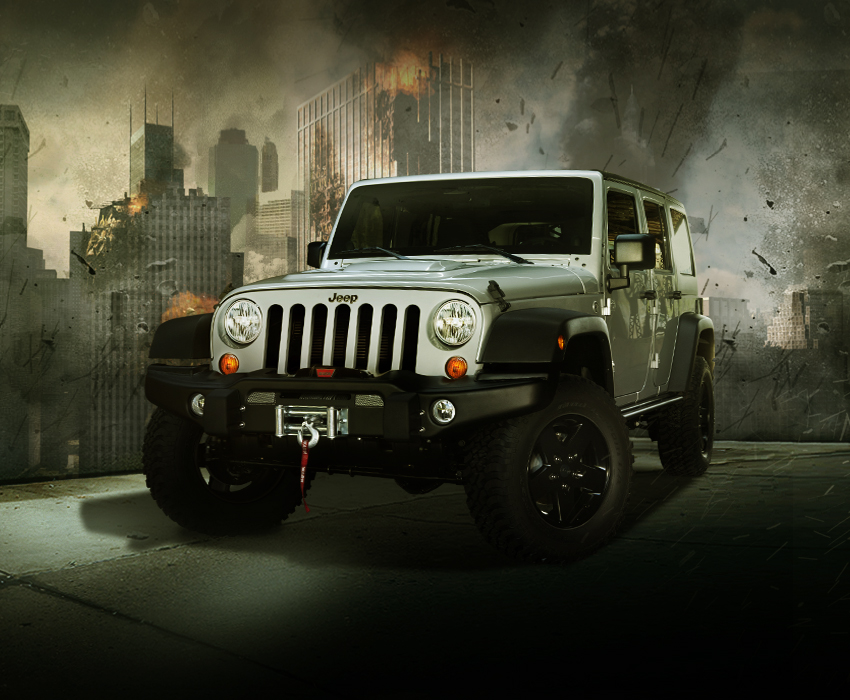 The Jeep X Call of Duty campaign centered around a Facebook sweepstakes engineered to give away the very first production model 2012 Call of Duty Wrangler MW3 Edition. Our goal was to engage a younger audience in order to improve future consideration for the Jeep brand. We created a game on Facebook that resonated with the COD franchise: bringing in game-play mechanics and mission-play familiar to the target market, that would hit them where they are. The game incorporates four missions rolled out over six weeks. Each mission giving the player a chance to increase his odds of winning the vehicle.

To accompany the game, we also designed an experience on Jeep.com that celebrates and informs the consumer about the special edition vehicle features. Also included in the experience is a page devoted to the COD XP event hosted last month by Activision. It was designed, again, to bring home Jeep’s connection with Activision and the COD franchise to this younger audience.